Stereotypes are part of our everyday life. People have to face imaginations of other people either they want or not. As a touristic place, also Lefkadian people have to face prejudices. Did you ever hear of Germans wearing socks in sandals, Austrians drinking loads of beers, English who are always sunburned, Norwegians who are easily to get or Greeks who are not willing to pay their depts? What is wrong on those things, or better, is there anything true on stereotypes? How do they come up and how to avoid them? 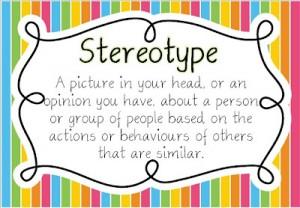 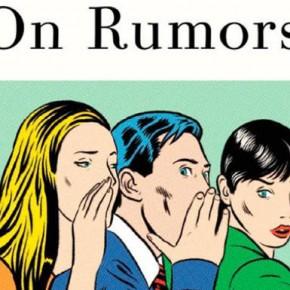 Rumors and gossips are even worse than stereotypes. They are based on a lack of proof, what makes them dangerous. Hearsay can be spread to harm people. It can get so far that it leads to bullying. If rumors are used as massmedia they fill a communication gap and ensure a social solidarity. Often things are “suspected”, and quickly this supposition is a wide spread “truth”. Sentences of gossips always start like this: “Probably it was like this and that”, “I suspect he/she was doing this because”, “did you also know this/that”, “I have already heard other people saying this….” and so on. Rumors can also be misused to exclude someone from a group. It is difficult to stop rumors and to avoid them. Especially when it is told as a secret, mostly it will be spread even more quickly.

Once Paul Watzlawick, an austrian writer, wrote a very interesting story, to show up, how quickly ones mind can create a false reality. If people are not able to interrupt those thoughts, the false truth will be told to other people as it was reality. On this part the root of a rumor was sowed. To understand the circle of thought, the story of the hammer is attached:

A man wants to hang a painting. He has the nail, but not the hammer. Therefore it occurs to him to go over to the neighbor and ask him to lend him his hammer. But at this point, doubt sets in. what if he doesn’t want to lend me the hammer? Yesterday he barely spoke to me. maybe he was in a hurry. Or, perhaps, he holds something against me. But why? I didn’t do anything to him. If he would ask me to lend him something, i would, at once. How can he refuse to lend me his hammer? People like him make other people’s life miserable. Worst, he thinks that i need him because he has a hammer. This has got to stop! And suddenly the guy runs to the neighbor’s door, rings, and before letting him say anything, he screams: “You can keep your hammer, you bastard!” From the situation is hopeless, but not serious (the pursuit of unhappiness- Die Anleitung zum Unglücklichsein), by Paul Watzlawick

In the W(e) DID Workshop on Tuesday the 6th of May, we will collect stereotypes of different topics, like countries, genders, professions ect. in order to understand how many stereotypes are imprinted in our brain. We will watch the trailer of my big fat Greek wedding, a movie that makes fun of Greek prejudices. http://www.youtube.com/watch?v=P3N5V9ml2VU

After we will try to figure out why people create rumors. Finally there is a very interesting game, called werwolves, showing how quickly people are accused for something according to bad things that happened.               Written by Elisabeth Weissitsch.