We usually use the noun “progress” for describing various types of development. However, if this is not an equally distributed development we cannot, and should not, perceive it as a true progress. But how can we make real the ethical goals, such as no poverty, global equality, good health, access to fresh water, no hunger, quality education, good jobs and economic growth, gender equality, justice and peace, energy for everyone or solid infrastructure while world economy is creating a giant environmental crisis on our crowded planet. The 7.2 billion people of the Earth need to find food, safe water and take care of their children in the difficult context of a rapidly growing global economy, in a world where the distribution of wealth among countries is far from being equal. Our normative senses urge us to develop a holistic vision on what a good society should look like. 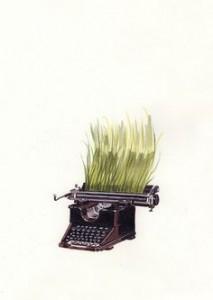 If economic growth is not fair; if the rich get richer and the poor get poorer, the planet will experience an increasing instability. We produce our goods by using more and more coal, oil, natural gas, water while we fail to find innovative ways or we discard them because the new technology is more expensive. Is this way of doing business the one we want to be the normal one? Is this the path we want to follow? What technology is offering now? The world is divided between poor and rich countries: they have had an enormous gap due because they have been interconnected  since revolution related to food, manufactured goods, transportation, markets and exchanges.   What can be done to unlock this kind of economic growth ? 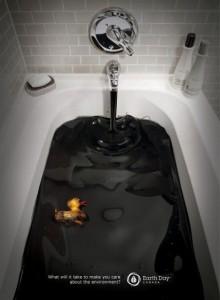 Greece have made steps forward on the road of sustainable development. Nevertheless, we need to understand the new context that emerged due to the economic crisis.  We need to find and demand the right balance among austerity, fiscal responsibility and growth promoting actions. Measures must be complemented with growth and equality through job creation, poverty reduction and the protection of consumer rights. Usually, when we are absorbed by a severe and never ending crisis, like now, people are not interested in the “secondary background”. Rather, they are focusing on finding employment, food and money. However, the reasons of the economic crisis are related to the “modern ways” of taking care of our property, our nature and our technology. In order to save what we have left we are supposed to walk towards a a real sustainable development.

The first NSDN (National Strategies for the Development of Statistics) was adopted by the council of ministers of Greece in 2002, the second was accepted in 2007. In 2009 the political priorities of Greece were established. This time the overarching objective of “Green Growth” was also set. Since 2010 the economic difficulties has increased due to the financial crisis. In order to follow the objectives laid down in the “Green Growth”  the constraints and obligations that rose from the structural reform had to be taken into consideration. The framework of this structural reform is a new organisation chart, the sustainable management of the environmental sector, the optimization of human resources, the promotion of administrative efficacy and the decentralization of responsibilities, the modernization, rationalization and adaptation to international and EU standards. Troika called on Greece to continue fighting against corruption, reduce deficit imbalances and carry out structural reforms to make the country more competitive. However, these actions must be complemented by growth and equality promoting measures through employment creation.  Even though, Greece is one of the oldest EU members, it has often been criticized as a “laggard” in the process of European integration which also applies on its environmental policy due to education, employment and cultural practices. In the present, almost everything is influenced by the crisis. However, we can recognize that only with a radical reorientation of functions and roles pertaining to both society and state could be a contribution made to the overcoming of the crisis and the foundation of a sustainable future for the coming generations.

Globalization came into being as a diffusion process which created a new kind of catching up after the Second World War. Thus, we are going to need our economies to take a fundamentally different course. The planet has energy and food boundaries and endangering population dynamics. Any useful human work depends on our energy resources and still we waste a lot of energy with releasing heat through farms, friction, driving cars and burning fossil fuels or charcoal.  On the other hand, the growth of human population is going to overtake the ability to grow food, we will outstrip the carrying capacity of the planet itself. At the present, there are goals drafted to focus on the most critical universal issues that will affect us in general in the next 20 years. We must think in other ways to use farm systems depending on local climates, local cultures, local soils and ecological conditions because these systems are not sustainable, and we have to keep alive the global consciousness about environment with our own decisions and performances to reach the goals: to have safe environments and sustainable living for our own good and, most importantly, for our Earth.